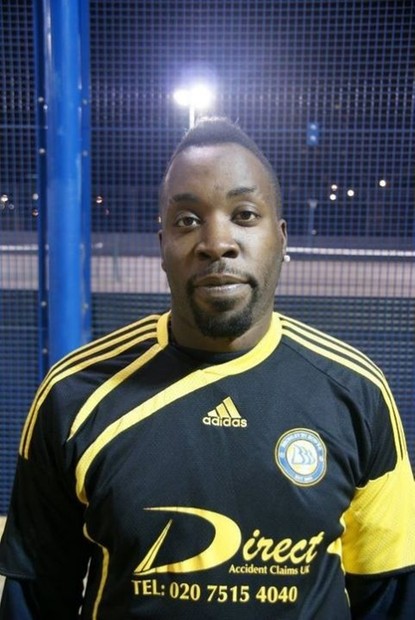 Hundreds of footballers in a London league will wear black armbands and observe a minute’s silence this weekend in tribute to a 27-year-old player who died suddenly during a game.

Team-mates first thought Kelvin Brown had tripped over during the match on Hackney Marshes but players from both sides, including a local doctor, rushed to his aid when they realised he was unconscious.

An ambulance arrived within minutes but Mr Brown was pronounced dead upon arrival at Homerton Hospital last Sunday. A post-mortem examination showed he suffered a heart attack.

The Manchester United fan, who lived in Homerton, had shown no signs of illness or discomfort during the opening 40 minutes of a top-of-the-table clash between his side, Bromley by Bow, and Mohammedan. He played in the Inner London Football League and had been due to start a new job the next day as a transport worker.

Mr Brown, whose younger brother Curt was watching from the sidelines, was described by club vice-chairman Naz Hussain as a “role model for every-one in the community”.

“He was a very honest and loyal guy with a great sense of humour and he was well-liked by his team-mates and others within the football community,” said Mr Hussain. “Memories of the smile he always wore will never be forgotten. Kelvin was not only a loyal and valuable player but also our friend and brother.”

Mr Hussain said the club was struggling to come to terms with the loss, which came six weeks after a morale-boosting tour of Bangladesh. The players plan to remember their former team-mate with a charity game.

This entry was posted in Pause 4 Thought.... Bookmark the permalink.
Click here to cancel reply.